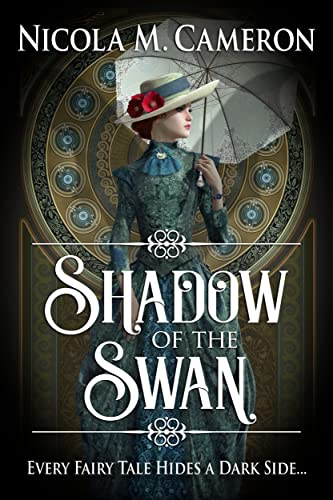 Shadow of the Swan

Hoo boy, was this book a mixed bag.

Here are my main takeaways for potential readers, sorted into the good, the bad, and the meh:

The good: The premise and world-building are intriguing and fun once things get going, and the third-act action is genuinely a nail-biter (after an otherwise slow-ish plot). There are several very engaging lady secondary characters of supernatural origin. Also, most of the major secondary characters are queer. Finally, I love a vampire hero, even if this particular vampire hero is weirdly staid and talks to the heroine like he’s her grandpa.

The bad: With the exception of some genuinely hot sex dream sequences in the first act, the sex writing in this book is a CLUNKER. The probable single worst excerpt, which almost made me quit the book entirely, is when the heroine is fondling the hero’s scrotum:

It was indeed heavy, and covered with what felt like more crispy curls, and inside were two roundish objects that jostled and moved within their fleshy container.

FLESHY CONTAINER??? TESTICLES, OF COURSE???? Cue my internal screaming. The overall unsexiness of the sex is not helped by the fact that the hero and heroine call each other “dear” repeatedly, which has to be the least sexy endearment of all time for me.

The meh: The romance started out strong with a marriage of convenience mixed with a heady blend of mistrust (from the heroine), a desire to stay distant (from the hero), and intense mutual attraction, but loses steam around the midpoint. The transition from “you might be okay” to eternal love is too abrupt.

Also, the plot DOES revolve around an evil being who wants to forcibly impregnate the main character to bear his son and heir (because heaven forfend he allow one of his bajillion daughters to be his heir), which I’m sure will be a hard pass for many readers.

Overall, while I do not regret reading this book, it was kind of a letdown relative to how cool the premise was…so temper your expectations going in.

A determined academic, trapped by her ancestor’s pact. A gentleman vampire, sworn to protect her. And a deadly Fae king, bent on claiming her as his bride.

In the golden years of the Victorian Era, Louisa Wallingford investigates myths and legends around the globe with her historian uncle, until her life is torn apart by an ancient promise to a sadistic Fae royal. Faced with becoming his unwilling bride, Louisa’s only escape is an arranged marriage … to a handsome but distant vampire.

Sir Henry Carstairs gave up his humanity to save the queen he loved. When he failed, he vowed to protect her daughter and the country she ruled. Now, his vow requires him to enter an arranged marriage in order to protect a beautiful, headstrong scholar. But as their mock relationship becomes real, a deadly conflict between the British Empire and the Land of Faerie threatens to separate them forever.